I’m a little behind in blogging, but last weekend I had a full schedule of events. First up was the Beaverdale Beaverdash 5k; a nice flat race that is part of the Beaverdale neighborhood’s fall festival, and a fundraiser for SMA (spinal muscular atrophy). The second event was the Capital Pursuit 10 mile run, an event hosted by the Capital Striders Running Club, which I am happy to be a member of.

After a whirlwind of packet pickups on Friday evening, I woke up early and started to get ready for the 5k. Wouldn’t you know that it would rain just enough to make the road slick and hard to gain traction on. Since this race is only 2 miles from my home, I usually run there to warm up, run the race, and run a recovery run home. This time I was worried that it may get cancelled, so I drove to the event. I was there about ten minutes when the skies cleared … we were going to run!

The road was pretty slick, and the humidity was brutal, but we took off and I got off to a fast start. I maintained that quicker pace for over two miles before fading back. I was also having some hip pain from bursitis, but I didn’t let it stop me. I finished in 25:15 with an average pace of 8:04 min/mile! I was pretty happy with that! Then at the awards ceremony, I found out I was 4th in my age division! Not to shabby, considering I felt I could have done better.

Sunday morning was the Capital Pursuit 10 mile run. It starts and ends in downtown Des Moines, but winds you through some of the prettiest areas before heading back to the finish. Once again the bursitis pain flared up, and would not go away until mile 9. That caused my pace to drop dramatically, but given the circumstances, I was happy to just finish the race. I was even handed a finishers medal by Kevin Cooney of KCCI News. I ended up with a time of 1:37:35 with a pace of 9:40 min/mile.

I hope the bursitis is gone for now, as I have an 18 mile run coming up Sunday. After that, we will start decreasing until the marathon. I’m as excited and nervous about this marathon as I was with my first one. I wonder if they will all be that way. 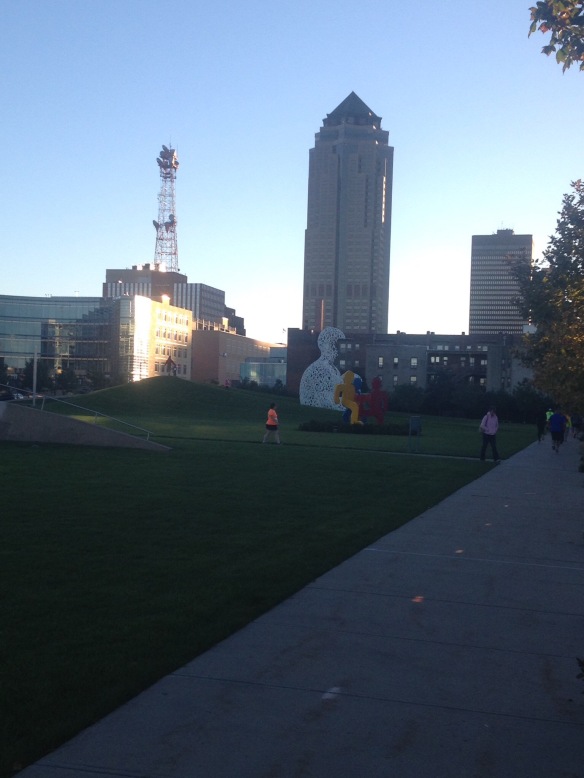 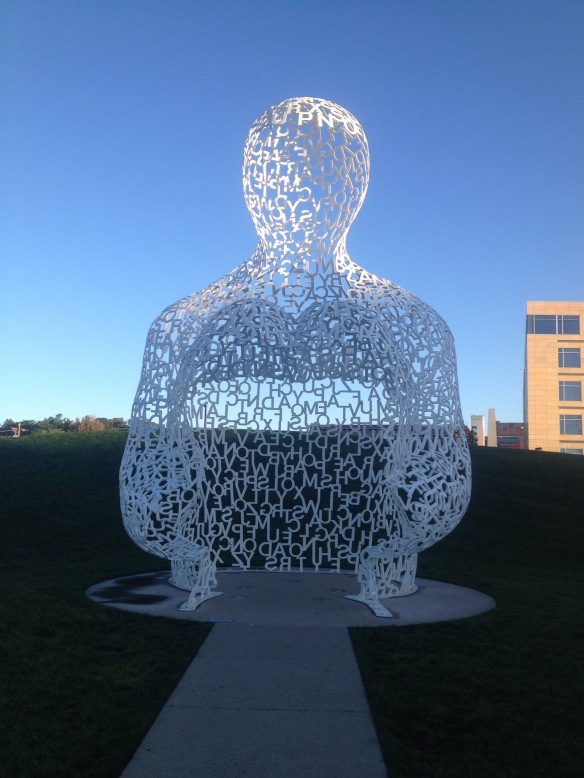