I’m not sure if you know this or not, but I coach a half marathon training group on Tuesdays and Saturdays at Fleet Feet Des Moines in the East Village.  Usually Saturday’s are my long run days, so I have been trying to get to the store early, run on my own for 1-1.5 hours, and then run with the group.  This way, I can focus on my training alone, then focus my attention to the group as we run.

When I head out on my own, I have training goals, times, heart rate maximums, and such that I want to accomplish. But there comes a time that you can get so busy focusing on those goals, that you forget to enjoy the run itself.  Don’t get me wrong, training is important, and setting training goals are key, but every now and then you need to just get out and enjoy the run itself.

Last Saturday was that day.  I started out, keeping track of pace and heart rate and aerobic zones that I realized I missed the sunrise.  I stopped and looked around, and I saw this:

It was actually prettier than the picture shows, and suddenly I decided that I needed to enjoy this moment, this time alone, and soak in the beauty that was around me.

So now I had a new goal to focus on: finding the beauty in downtown Des Moines during the remainder of my run. 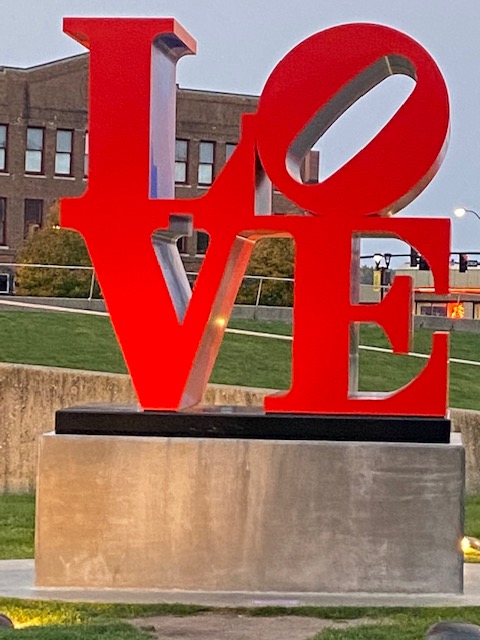 I could have taken dozens more, but I had to get back to the East Village to start my group run.  As the group took off, I told them to look for unique things that they see while running.  For me, it makes for a happier, more peaceful workout.

It’s hard to believe that 10 years ago, I ran a 5k in honor of my dad who died from lung cancer.  The run started and ended at the Blank Park Zoo, and I remember it being so hilly and hard, and having to walk part of the last hill while trying not to throw up! I didn’t want anyone at the finish to see me walking, so I mustered up the last ounce of energy I had and ran over the hill to the finish (thankfully it was all downhill after that). It’s funny to look back, 10 years later, and see what all I have been blessed and honored to accomplish: coaching athletes, completing 3 Ironman Triathlons, countless half marathons, 10k’s, 5k’s and everything in between. All because I decided to stick with it, to accomplish a goal, and move to the next one. That is one of the first things I tell athletes: stick with it.  The workouts get easier, but then you increase them to make them hard again.  What was once my long run (5K) is now my warm up before starting the main training! And that can happen to you too, as long as you stick with it.

Things were going so well.  I had just finished Ironman Lake Placid, one of the harder Ironman courses on the North American list of triathlon races.  I had just signed on for my fourth IM race in Chattanooga, and was starting the long progression into training for it.  The coaching business became our own franchise, and we had a great group of athletes to work with. Things were going so well . . .

and then the world stopped.

Covid-19 came and suddenly the world, and life as we knew it, was no more.  Suddenly you could not be around people, you had to wear a mask, you had to wash your hands constantly, and things like dining out and going to the movies were no more.  Races were being cancelled left and right, and we had to wonder if our IM would be next.

Friends got sick, some lost their jobs.  Our coaching business took a hit as athletes, with no races to train for, decided to stop training.  I even wondered if it was worth training, but kept going because there was a slim hope that Chattanooga would still go on as planned.

Until that slim line of hope snapped.

I knew it was coming, I knew it! But when the email came and Chattanooga was cancelled, it was like a punch in the gut.  Covid-19 may not have hit me with it’s infection, but it went after my happieness as well as my joy in coaching others.

But suddenly, and without so much as an announcement, the world started moving again.

Athletes said “I’m going to run my marathon anyway!” and so we set up aid and support as best we could. I cannot imagine how hard running a marathon alone is, without the cheering crowds, without the signs and water stops, without the road blocks. Just you, maybe music, and definitely your thoughts.  But I had several athletes that did just that!  They were not going to be denied, no matter what.

So we decided to hold an olympic distance triathlon for E11even Athletes only, and got a great response.  We had more volunteers than participants, and they stayed for the entire race!  The world was on the move again; different, but moving.

So after seeing how motivated my athletes were, how could I sit there and not keep moving forward? So I dusted myself off and started on the training road again, knowing that one day races will return . . . and when they do return, I will be ready.

We also opened our home once again to a new member who needed a home.  Red has fit in quite nicely, and is Julie’s running partner.  The way we adopted was different, but then everything is different now. 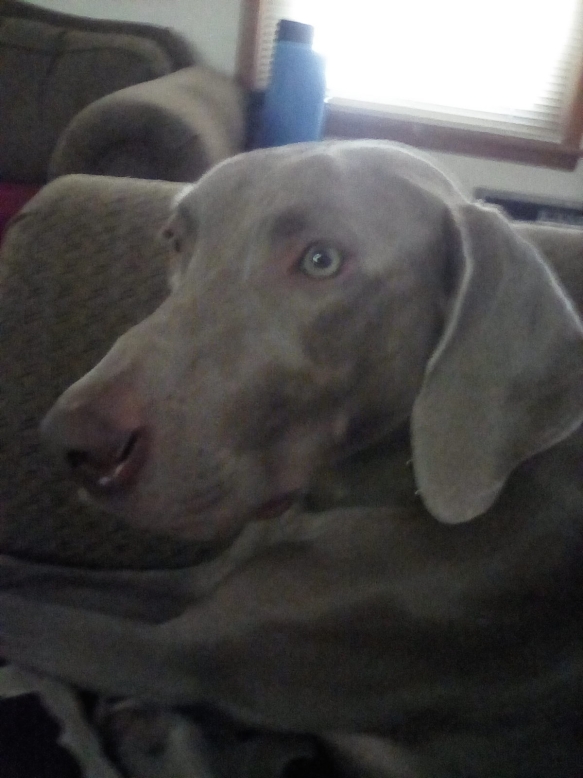 So yes, the world as we knew it stopped. And now the world as it is has started moving again.  We have adapted, changed, cried, cussed, and moved on.  There is a song by Jimmy Buffett that fits the situation perfectly:

“Breathe In, Breathe Out, Move On”

And that’s what we have to do.  Move forward, move on, and be ready for tomorrow.